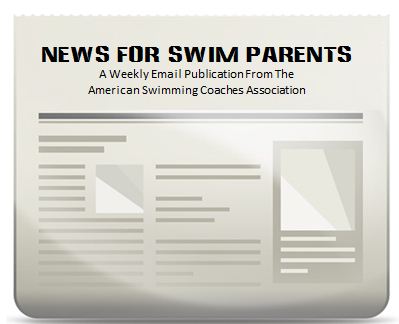 Coaches — Add another tool to your arsenal today with an annual subscription to the Swim Parent Newsletter!

The Swim Parent Newsletter is a weekly publication coaches can use as a parent education tool.  Each week we publish a topic we think will be valuable to your swim team parents.

“Do We Really Want our Children Drinking Energy Drinks?”

“Guidelines For Going On The Road,”

“Resolving Conflicts with the Coach”

“The Nature of Stroke Work”

Subscribe at the ASCA online store or call us at 800.356.2722.  An annual subscription is only $25.  Click here for a advanced copy of the next issue. What are you waiting for?  Sign up today!

Purple is replacing red as the color of choice for teachers. Why, you may ask? It seems that educators worry that emphatic red corrections on a homework assignment or test can be stressful, demeaning — even “frightening” for a young person. The principal of Thaddeus Stevens Elementary in Pittsburgh advises teachers to use only “pleasant-feeling tones.”

Major pen manufacturers appear to agree. Robert Silberman, vice president of marketing at Pilot Pen, says teachers “are trying to be positive and reinforcing rather than harsh.” Michael Finn, a spokesperson for Paper Mate, approves: “This is a kinder, more gentle education system.” Which color is best for children? Stephen Ahle, principal at Pacific Rim Elementary in Carlsbad, Calif., offers lavender “because it is a calming color.”

A calmer, gentler grading color? Are schoolchildren really so upset by corrections in primary red? Why have teachers become so careful?

It seems that many adults today regard the children in their care as fragile hothouse flowers who require protection from even the remote possibility of frustration, disappointment or failure. The new solicitude goes far beyond blacklisting red pens. Many schools now discourage or prohibit competitive games such as tag or dodge ball. The rationale: too many hurt feelings. In May 2002, for example, the principal of Franklin Elementary School in Santa Monica, Calif., sent a newsletter to parents informing them that children could no longer play tag during the lunch recess. As she explained, “In this game, there is a ‘victim’ or ‘It,’ which creates a self-esteem issue.”

Which games are deemed safe and self-affirming? The National PTA recommends a cooperative alternative to the fiercely competitive “tug of war” called “tug of peace.” Some professionals in physical education advocate activities in which children compete only with themselves, such as juggling, unicycling, pogo sticking, and even “learning to … manipulate wheelchairs with ease.”

But juggling, too, poses risks.

A former member of The President’s Council on Physical Fitness and Sports suggests using silken scarves rather than, say, uncooperative tennis balls that lead to frustration and anxiety. “Scarves,” he points out, “are soft, non-threatening, and float down slowly.”

Is the kind of overprotectiveness these educators counsel really such a bad thing? Sooner or later, children will face stressful situations, disappointments and threats to their self-esteem. Why not shield them from the inevitable as long as possible? The answer is that children need challenge, excitement and competition to flourish. To treat them as combustible bundles of frayed nerves does them no favors.

Anthony Pellegrini, a professor of early childhood education at the University of Minnesota, has done careful studies on playground dynamics. I asked him what he thought of the national movement against games such as tag and dodge ball: “It is ridiculous. Even squirrels play chase.”

Children who are protected from frank criticism written in “harsh” colors are gravely shortchanged. In the global economy that awaits them, young Americans will be competing with other young people from all parts of the world whose teachers do not hesitate to use red pens. What is driving the new solicitude?

Too many educators, parents and camp counselors today are obsessed with boosting the self-esteem of the children in their care. These adults not only refrain from criticizing their young charges when they perform badly, they also take pains to praise them even when they’ve done nothing to deserve it.

But two decades of research have failed to show a significant connection between high self-esteem and achievement, kindness, or good personal relationships. Unmerited self-esteem, on the other hand, is known to be associated with antisocial behavior — even criminality. Nevertheless, most of our national institutions and organizations that deal with children remain fixated on self-esteem.

The Girl Scouts of America recently launched a major campaign “to address the problem of low self-esteem among 8- to 14-year-old girls.” (Never mind that there is no good evidence these girls suffer a self-esteem deficit.) With the help of a $2.65 million grant from Unilever (a major corporation that owns products such as Lipton and Slim Fast), its new program, “Uniquely ME!,” asks girls to contemplate their own “amazing” specialness. Girls are invited to make collages celebrating themselves. They can play a getting-to-know-me game called a “Me-O-Meter.”

One normally thinks of the Girl Scouts as an organization that fosters self-reliance and good citizenship. Me-O-Meters? How does that promote self-reliance? And is self-absorption necessarily good for young people?

Yes, say the mental health experts at Girl Scout Research Center. The Uniquely ME! pamphlet tells its young readers, “This booklet is designed to help boost your self-esteem by celebrating YOU and your uniqueness. … Having high self-esteem … can help you lead a more successful life.”

The authors of Uniquely ME! and the executives at Unilever who funded it should take a careful look at an article in the January issue of Scientific American that debunks the self-esteem movement. (“Exploding the Self-Esteem Myth.”) The authors, four prominent academic psychologists, conclude, “We have found little to indicate that indiscriminately promoting self-esteem in today’s children or adults, just for being themselves, offers society any compensatory benefits beyond the seductive pleasure it brings to those engaged in the exercise.”

The good intentions or dedication of the self-esteem educators and Scout leaders are not in question. But their common sense is. With few exceptions, the nation’s children are mentally and emotionally sound. They relish the challenge of high expectations. They can cope with red pens, tug of war and dodge ball. They can handle being “It.”

Reprinted from USA Today.  Christina Hoff Sommers is a resident scholar at the American Enterprise Institute. She is the co-author of One Nation Under Therapy: How the Helping Culture is Eroding Self-Reliance.

Speak Softly and Carry a Big Stick? Or maybe some better advice…”Working Successfully with Swim Parents” 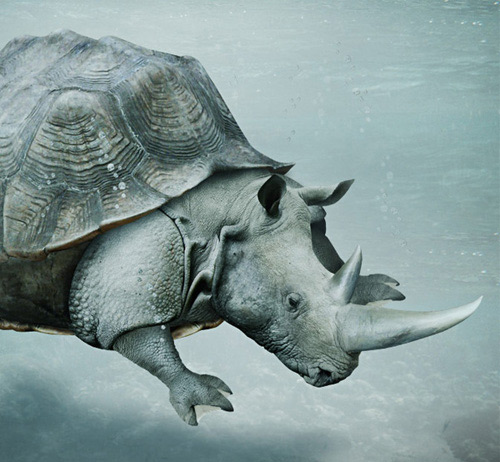 And, some related parent education:

A Few Suggestions on How to Be a Better Swimming Parent — From Michael Brooks, York YMCA Swimming